* Had a Guides event at Del Mar Beach. We had great weather this time; no rain, thankfully. Not many activities to spoil the lazy time on the beach. 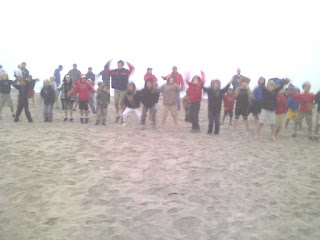 * St. A's had its Fall Festival fundraiser for the Sudanese outreach. Our chili entry again failed to win. Green Flash brewery was on tap which made a perfect compliment to the chili.
Posted by dosten at 8:05 PM No comments:

DMCA was passed 10 years ago today and Wired has an interested take on its first decade in force.
Posted by dosten at 6:55 AM No comments:

What a joker this guy is.  The Fed is the primary cause of all these problems. Considering this was a guy firmly in the belief of free markets (and the gold standard), it makes it more surprising what a political buffoon he has turned into.

Update: Ron Paul thinks so to.

This story about amateur rocketeers demonstrates pure American ingenuity and the human desire to explore and expand our knowledge. That being said, I am certain the government will shut them down sooner or later.
Posted by dosten at 6:11 PM No comments:

This is too funny.  But given the probable reaction from the screener, I would make sure that you have plenty of time before your flight.
Posted by dosten at 8:32 AM No comments:

I started a new political blog here if anyone is interested in nationwide and local Encinitas issues.
Posted by dosten at 6:26 PM No comments:

The kids and I have been going to Camp Marston near Julian for several years now. I always wanted my wife to go to see what all the fuss was about. It turns out that the camp has a Woodcutters Weekend that families can attend. Your family gets to stay at the camp at no charge, but in return you have to cut wood, literally. We spend 8 hours on Saturday and a few more on Sunday turning big pieces of wood into little pieces wood.
Here is a before picture of the wood pile. 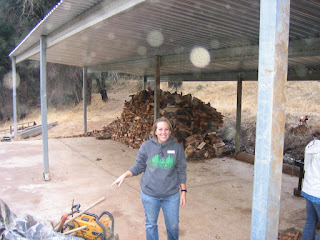 Here is the after picture of the pile; it is more impressive in person. 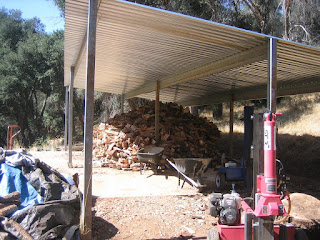 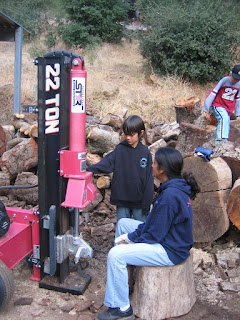 Posted by dosten at 6:04 PM No comments:

Every wonder what happens to all those pocket knives, box cutters, wine openers or anything mildly hard and/or sharp that the TSA confiscates are airports? You would think that these items which are so dangerous they can't be allowed on a plane, would be melted down into paper clips. Don't want these weapons to end up in the wrong hands, do we now.
But it seems that the geniuses at the TSA just hand the knives off to your local schools. Here is but a small sample of the potential hijacking instruments that were removed from the hands of law-abiding citizens and given to 3rd graders.

Posted by dosten at 8:32 AM No comments:

Slow weekend. Did two dog walks, one of which was a return to Pipe Hike (aka Manchester Preserve).
Posted by dosten at 8:28 PM No comments:

Change is a word that being thrown out a lot these days.  Barack Obama popularized the trend during the Democratic primaries and he used it to overcome Hillary Clinton, something I didn't think was probable.  I have written about change recently as well, mainly due to the disgust with our current government.  But I think my definition is different than Obama's.  I require a change in government that means more freedom, more responsibility (both personal and by government), less government (in all areas, defense, entitlements, etc.).
When Obama speaks of change, I am not sure what he means.  I have not seen anything in his platform that constitutes real change.  Yes, his platform differs from John McCain's in some minor ways, but neither candidate has solutions to the government's problems.
On the Encinitas city council, change here would be getting back to responsible government.  When we first moved here, the city seemed very well run (and for the most part, still is).  Yet it has started down the slippery slope of corruption and greed that the federal government has been sliding down for decades.  Corruption in the sense that certain council members seem to want to hide from decisions, meet in closed sessions.  Greed in the sense that the council tries to pass illegal and/or unethical taxes (i.e. the water tax from a few years ago).  Greed in the escalating salaries, benefits and costs of running the city.  The goal of the council should not be to have your name on as many plaques on as many public properties as possible, but to serve the residents of your city.  In my mind, only one (possibly two) of the current council members does this, Teresa Barth.  Hopefully more will join her.
Do I think that the other council members are bad people. No, they seem likable enough and I have never seen evidence of major wrong-doing.  The issue is the age-old problem of power and money corrupting those who hold it.  A lot of what they did for the city was good.  But after years of building small parks (Moonlight Beach), they feel the need to build a huge, overblown park that nobody wants (Hall property).  After having a small, but usable public works facility, they feel the need to overpay for a dilapidated car dealership.  That kind of service we don't need.
Posted by dosten at 7:08 AM No comments:

TMQ's Gregg Easterbrook is usually right on the money when it comes to the lack of common sense in our government.  Today is no exception as he gives some wise advice to our lawmakers.  I've often wondered why governments seem to get fleeced in deals with non-government entities.  Just look at all the lousy sports stadiums deals in the country.  The reason is that they have the Warren Buffett's on their side and the government has Congress.  It is not a fair match.
Posted by dosten at 11:45 AM No comments: