The troop headed to Fiesta Island for a great event.  We did the annual emergency preparedness drill and launched rockets at the the nearby range.  The event was capped off by a fabulous dutch oven feast where every patrol contributed a main course.

Posted by dosten at 6:56 AM No comments:

A Couple of Weekends 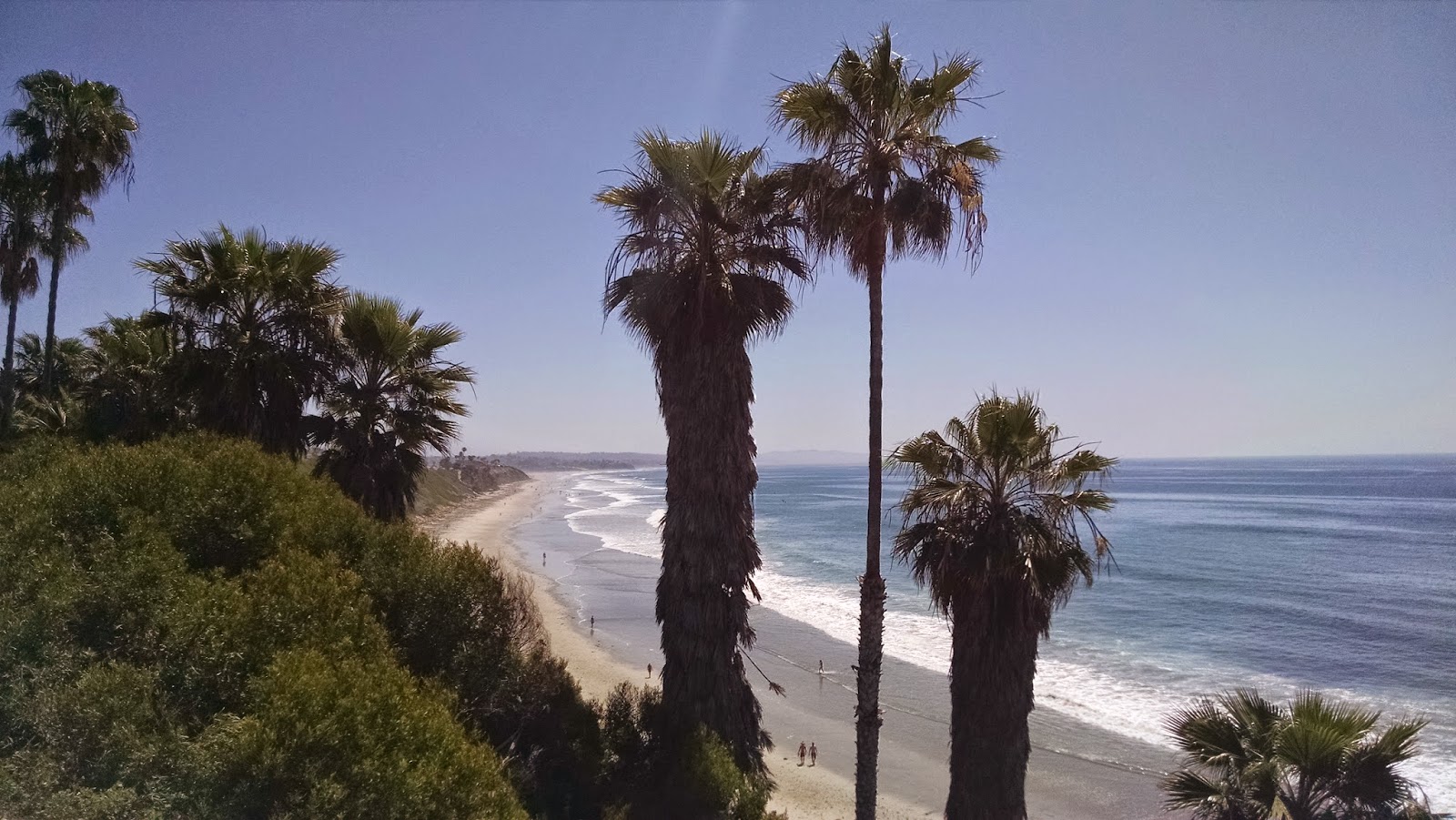 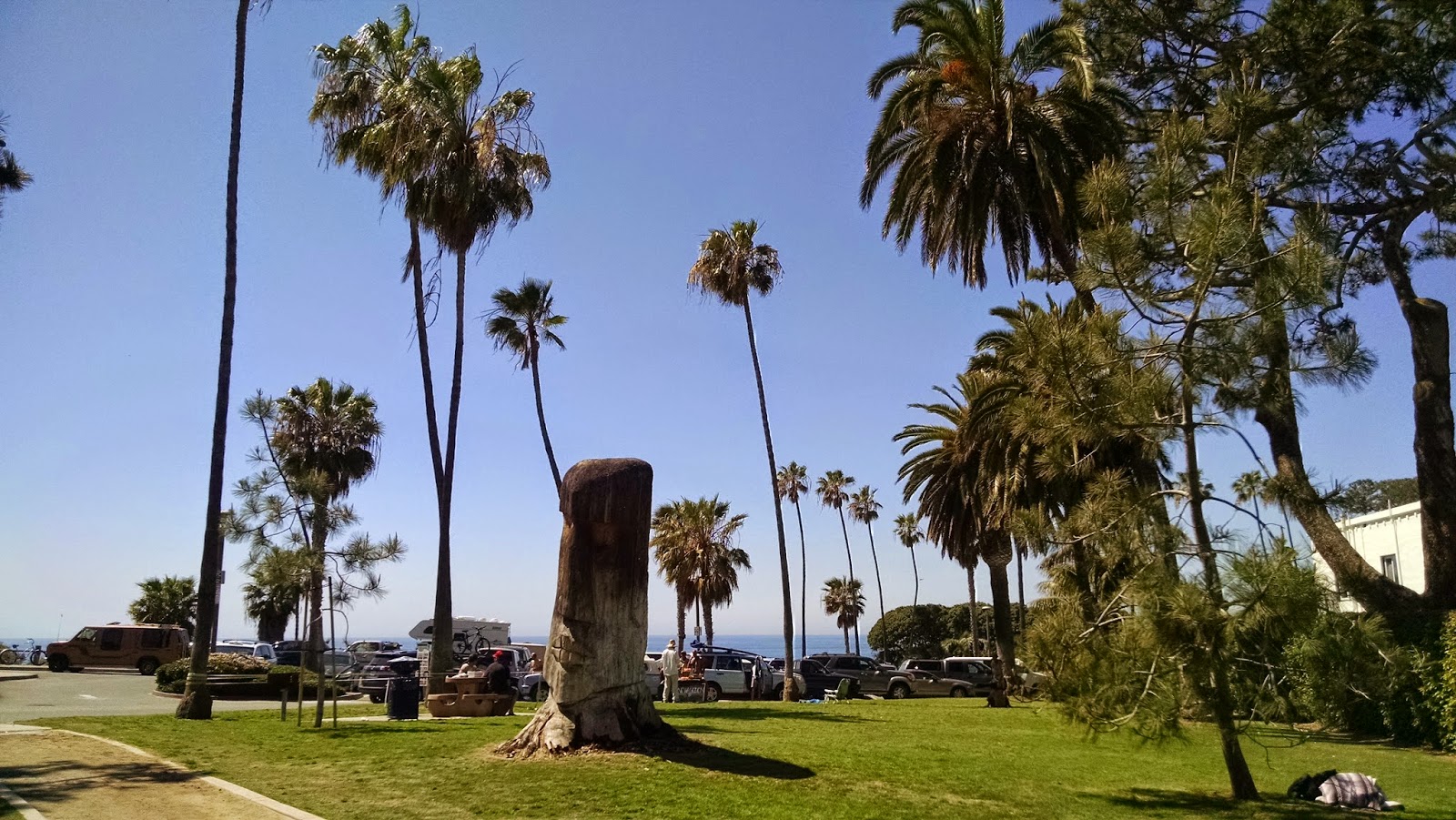 Posted by dosten at 6:50 AM No comments:

This past weekend, I finished Section A of my nascent PCT section hike.
Jyoti and I drove cars to Warner Springs and left mine across the street from the fire station.  We then drove down the Mt. Laguna.  It was very windy and quite chilly as I started out.  The first 10 miles to Pioneer Mail picnic area wound down through the mountains had nice views of the desert.  One interesting highlight was the Kwamyii Point with all the impromptu memorials. For the next few miles, the trail got tedious as it was hot and the terrain very monotonous.  Then the steep decent into the Chariot Canyon.  Towards the bottom I got a bought of the runs and had the make a quick dash for the bushed.  My first plan was to camp near the dry creek at the bottom.  There I meet Big Dog and Captain Kirk and we talked a while.  But since it was still early, I pushed on to the water at Rodriguez Spur fire tank.  As I did a bit of laundry and filtered water, Capt. Kirk walked in.  We spoke for a while and quickly fell asleep as soon as darkness fell.
When I woke, Kirk was gone; he said he like to get up before dawn and hike.  I broke camp, made a cup of coffee and headed out.  The first few hours along the side of Granite Mt. were pleasant enough.  But the trail got tedious again before heading down into the valley floor.  At Scissors Crossing, I stopped for a lunch and rest break under the highway.  There was a small water cache there but I was still hauling lots for water from the fire tank.  The next stage had me heading straight up into the San Felipe Hills.  It was sunny and warm but not too bad.  Once near the top, it was an nearly endless series of ridges and canyons going through some burnt chaparral.  I eventually met up with Kirk again and we hiked the last few miles to 3rd Gate cache.  This cache is a true oasis in the desert.  Without any other source nearby, this is crucial to getting over the hills.  I took my 3 liter allotment and took a quick break in some shade.  Kirk decided to stop there for the night but I wanted to get over the next climb and hiked on.  Shortly after starting, I noticed one of my water bags had a hole.  I probably lost half a liter before noticing! It was another 4 miles to a great bivy camp on the side of the hills overlooking the valley.  This part of the trail was not burnt so had more shade.  I treated my now massive blisters and went to bed.  I didn't eat much to keep from getting too thirsty.
Right after waking up, Kirk hiked on past my camp; he was up early!  The next 5 miles were mainly in shade and was a pleasant hike down to the Barrel Springs.  Kirk was there and we chatted.  I had plenty of water to make it to Warner especially since there were some active stream along the way.  But I filtered some from the trough to test it out.  Kirk left before me as I rested a bit.  The next 8 miles to Warner could be one of the best hikes in San Diego.  The first part is mainly meadows with some ridges separating them.  Cows were off in the distance and flowers covered the fields.  A great camp could be made along San Felipe creek which had nicely flowing water.  I stopped for a bit at Eagle Rock for pix and talk to some day hikers.  The rock is pretty cool as it looks like an actual eagle.  The remaining hike is along the appropriately named Canada Verde and its stream.  I met up with Kirk again right at the highway.
We checked out the hiker town that the Warner Springs Community Center is putting on.  They offer showers, internet, store and food (I got coffee and pickles).  Since Kirk was thru-hiking and was only out for the weekend, I offered to drive him to the grocery store in Santa Ysabel.  He stocked up on goods and we parted ways.  Hopefully I will hear how his hike ends up.
Looks like I am back to square one in blister management.  This trip the only change I made was to wear trail runners and not my boots.  I will have to do more research to think up new strategies.  One thing I did think helped was to apply the anti-biotic ointment to prevent them from getting infected.  This kept the pain manageable so I can continue to hike.
Next up is section B from Warner to Hwy 74!

Posted by dosten at 9:24 PM No comments:

Posted by dosten at 6:46 PM No comments:

T774 took another trip to wonderful Sheep Canyon.  After the long drive out to the trailhead, we set up camp for the night at the flood control station.  The night was windy but not too cold.
The morning was very nice, crisp but with some cloud cover to keep the heat down.  It was like that way pretty much all day as we hiked out to the canyon.  When we got there, there didn't look to be much water in the creek. But the creek was flowing nicely further upstream.  The scouts immediately took to the hills.  They love exploring the caves.  Some also went up the canyon to the "oasis."  Dinner for the senior patrol was awesome but the scouts are struggling a bit with backpacking cooking - something to work on.  The night ended with a nice campfire courtesy of a wax log hauled in by Roger.
There was some rain during the night but it was intermittent and not very hard.  When I woke up it was sprinkling but I figured it would blow out soon.  It didn't.  It got harder.  It took a while to get everyone packed and in rain gear and we started out in a steady downpour.  My rain gear got soaked through :(
We made it to the cars without problems, everyone was fairly dry.  Some folks drove directly back home, while some of us stopped for the traditional Mexican food lunch in Borrego Springs.

Posted by dosten at 7:30 PM No comments: