In early June, we took a road trip up to Yosemite. Even though I grew up in California, I had never been there and therefore was very excited to finally see the park.
The drive up was uneventful. We made a side trip to the Forestiere Gardens, but it was not open when we got there.
We stayed at the Yosemite Bug, a hostel-style spot about 20 miles outside the park. It turned out to be a bit noisy due to the younger crowd but the location was nice since it was close to the town of Mariposa. They did have a nice swimming hole with a little waterfall. 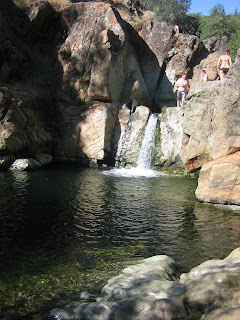 Our first afternoon was spent in Mariposa. After eating, we visited the Mariposa Museum and History Center. This museum was one of the best town historical venues I have been to. The exhibits, which explained the area's rich gold rush period, were very well done and had a story that led you through them. We also visited the old courthouse. 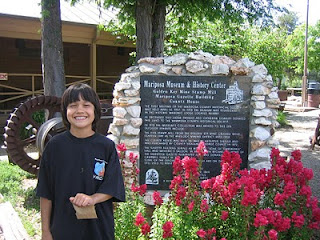 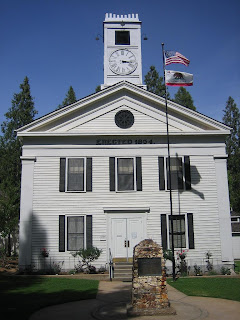 The second day was our first in the park and we drove in along Highway 140 into the park. The first views of the valley were stunning. Since we were there early in the summer, the falls were still at full strength. We drove over to the large parking lot near the village and started to explore. Our first hikes included the nature hike around the village and Yosemite Falls. 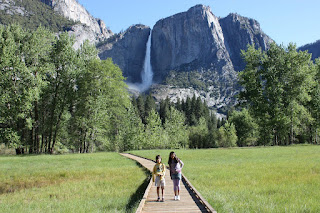 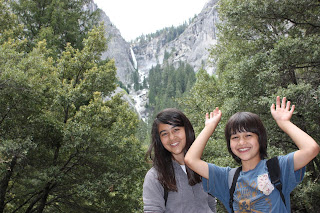 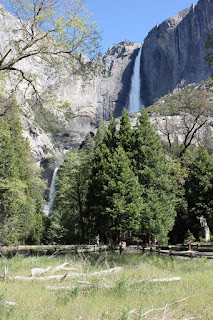 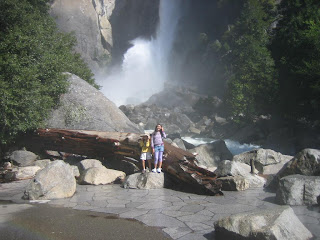 The next day we tackled Bridalveil Fall, Happy Isles, Vernal Fall, Mirror Lake and the Ahwahnee Hotel. The weather was perfect, not too hot but not too cold. The falls were all overflowing with water due to a heavy snowfall this year. 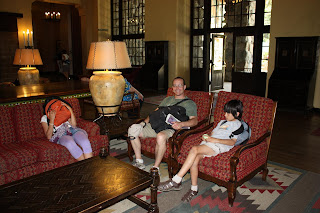 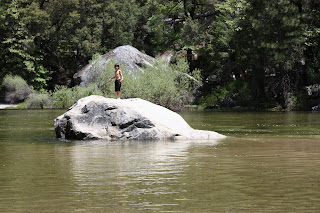 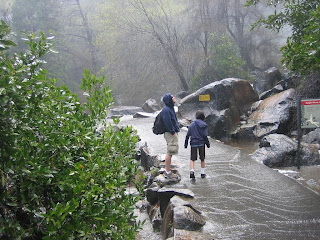 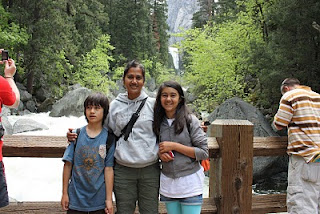 On our last full day we went to the south side of the park. Along the drive we stopped by the Talking Bear in Oakhurst but the audio was not working very well and we couldn't make out the bear's speech. We also stopped at the Sugar Pine Railroad and had a very nice little Jenny ride. We then parked at Wawona and took a shuttle bus to Mariposa Grove of Sequoias. Back at Wawona, we walked through the pioneer village that had many of the older park structures that have been moved. 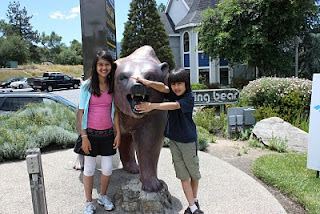 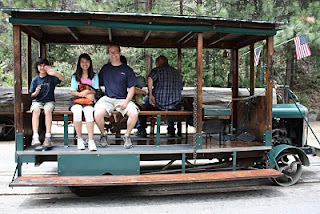 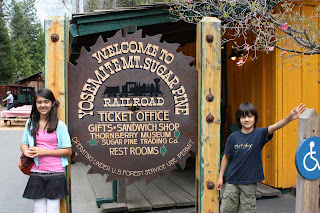 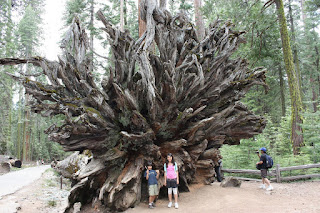 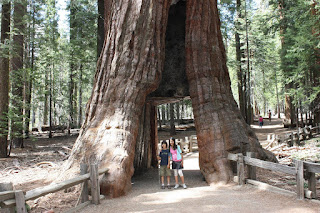 Being in Gold Country, we took a short gold panning lesson at the Sugar Pine Railroad and the kids got a bad case of gold fever. Bengt bought a little gold pan and we started panning at a little park along the Merced river. After the kids lost interest, a real prospector showed up and proceeded to work the exact same place we had just left. I watched him and little bit later he showed us some gold in his pan. Not enough to make you rich, but enough to keep you interested. 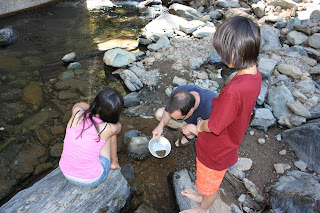 On our way back home, we stopped by the California State Mining and Mineral Museum. It was a great place to find out about rocks, gems and especially gold. The kids loved the mine dug into the hill behind the building. Lastly, we stopped at Fort Tejon and a wonderful talk with the park denizens in period costume. 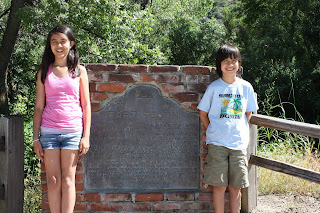 Posted by dosten at 8:30 PM No comments:

Another batch of books read: