I recently got back from a week vacation on the Big Island in Hawaii.  It was my first trip to that island and thought it was awesome.  Very different from the others.
We stayed the first four nights in Volcano Village.  This little town right outside of the entrance to Hawaii Volcanoes National Park is over 4000 feet in elevation so was fairly cold and rainy (more like Oregon than Hawaii).  This location allowed us to visit the park and the eastern side of the island.  We stayed at the Volcano Country Cottages, a great little bed and breakfast run by Garret and Sandy.  We loved the roomy and cozy bungalows and the wonderful breakfasts.
For our first day, we hit the park to check out the volcano.  Kilauea is the currently active volcano and it has two areas of activity.  One is a big hole that is spewing toxic gases.  This is easy to see from the lookout at the end of the road to the west.  The gases are the reason the road is closed so you can't drive all around the crater.  We also stopped by the steam vents which were very interesting. Later in the day, we took a ranger led hike down into the crater. The crater surface is unworldly, kind of like a desert floor but all black.
On the second day, we went to the Puna area.  A quick stop at Lava Trees State Monument to see lava covered trees and then we hit the Wa'opea tidepools for some snorkeling.  The pools made it like swimming in a pool but with corals and plenty of fish.  We ate dinner at the wonderful Kiawe Kitchen in Volcano Village.
On the third day, we again went into Puna.  First up were some waterfalls and then lunch at Hilo Burger Joint in downtown Hilo.  We did the same snorkeling trip and then drove to Kalapana in the evening to see the lava flows (the second point of Kilauea activity).  Unfortunately, there wasn't much to see, just some far off orange glows;  apparently the flows lately have been sporadic.
On the fourth morning, we checked out of the B&B and headed back into the park for the short hike along Devastation Trail.  We then headed south and west along the way to Kona.  Our first stop was Punalu'u Black Sand Beach where we saw some turtles resting on the beach.  Lunch was in Na'alehu at Hana Hou Restaurant (the southernmost restaurant in the US, with good food as well).  We then took a detour to South Point, the southernmost point in the United States.  The drive down there was like being in Texas with the grasslands and cattle everywhere.  This side of the island is much drier so doesn't have the lushness of the east.  We also stopped at Ailani Orchards to pick up some organic mac nuts and great Kona coffee.  We got into Kailua-Kona in the early evening and checked into the King Kamehameha Courtyard Marriott.  The hotel is located across from the street from the start-finish line for the Ironman.
Our first day in Kona started with breakfast at Island Lava Java.  We then headed to Honaunau Bay for some snorkeling.  They call this spot "Two Steps" due to some ledges along the lava that allows for extremely easy access to the bay.  The fish and corals were fabulous but the depth was a bit too deep to get close up.  We then drove by Kealakekua Bay to check it out for a future excursion.
On the second day in Kona we went to Kahalu'u Bay for more snorkeling.  The sea was rough but fish here were the best of all the places we snorkeled.  We were supposed to do a night dive with manta rays but it was canceled due to the swells.  Everyone was bummed.
ON the third day in Kona, we headed to Kealakekua Bay and rented kayaks.  We paddled over to the other side of the bay where the Captain Cook Monument is.  You aren't supposed to beach your kayaks but we had a hard time tying them up to the nearby trees so we just snorkeled off the boats.  Our trip was cut short when Jaya stepped on a sea urchin!
That afternoon we headed back to Hilo for our red eye flight back to LAX.  We took the Saddle Road route.  It led through Parker Ranch and some more Texas-like terrain.  We stopped at the Onizuka Center for International Astronomy vistor 9,200 feet up the mountain.  It was chilly there but the view were spectacular.
A slideshow is here.

Posted by dosten at 3:08 PM No comments:


I took a 24 mile urban hike from Encinitas to Old Town. Here is the track plotted on Google Maps. The hike from the Encinitas train station through Del Mar was nice and pleasant even though I was alongside the road. Almost the entire path south of Del Mar was ugly, dangerous or both. The short cut through Pacific Beach was particularly bad due to the heavy traffic and complete lack of pedestrian amenities like crosswalks. Here are some pictures from along the way: 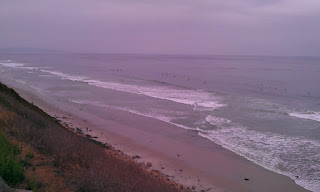 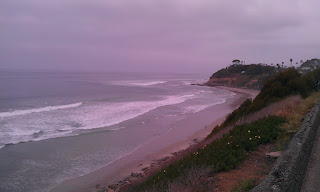 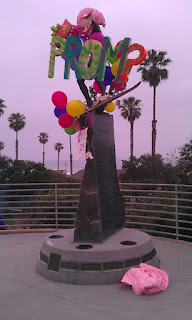 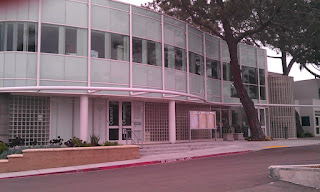 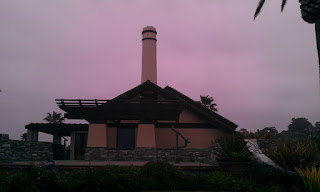 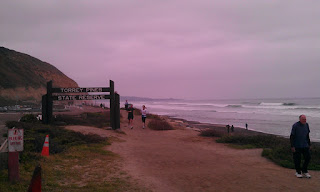 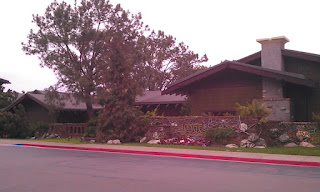 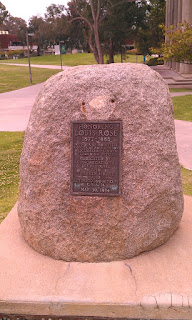 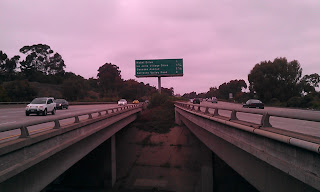 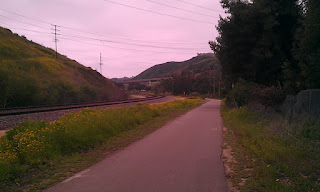 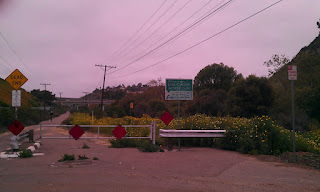 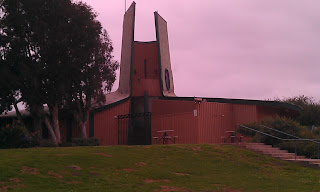 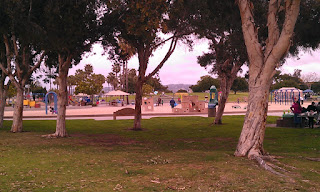 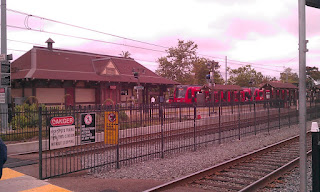 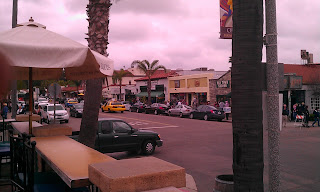 Posted by dosten at 9:26 AM No comments:

Email ThisBlogThis!Share to TwitterShare to FacebookShare to Pinterest
Labels: hiking

by Rick Curtis - comprehensive but some stuff out of date in this first edition
* The Occasional Vegetarian: 100 Delicious Dishes That Put Vegetables at the Center of the Plate

by Elaine Louie - too many recipes with grains
* The Dehydrator Bible: Includes over 400 Recipes

by Mary Bell - a decent book but the Bible is better
* Great Battles of the Ancient World (audio) by Garret G. Fagan - a fabulous lecture series on ancient warfare from Mesopotamia through Rome
Posted by dosten at 7:19 PM No comments: