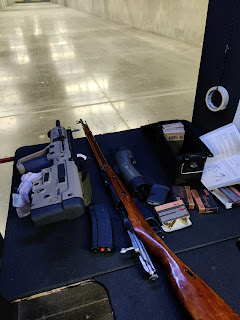 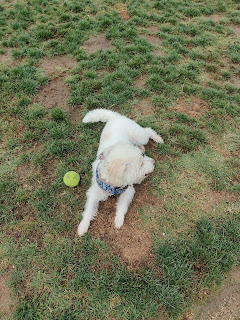 When Jyoti and I were planning vacations, she wanted to go to Europe but I wanted a more outdoorsy vacation.  We found a good compromise with the Tour du Mont Blanc. The TMB is a 110 mile trek around the Mount Blanc massif, going through France, Italy and Switzerland.  Although camping is possible along the route, most hikers stay in refuges or hotels.  We chose the luxury package which had us in nice hotels each night.  To help plan the trip, we hooked up with Pygmy Elephant.  They arranged all the accommodations and provided great documentation and guidance.

Day 0 - This was a travel day with a long pair of flights from SAN to GVA.

Day 1 - A shuttle took us from the airport to our hotel in Chamonix, Hotel Morgane.  Since we got their in the morning, we stowed our luggage at the hotel and walked around town.  After lunch we took the cable car to Plan Praz and Le Brevant for fabulous views.  Europeans love their cable cars.  I was very jet-lagged so went to bed early.

Day 3 - I had a hard time sleeping with a terrible headache at night, maybe it was the altitude.  We spent the day walking around town and to the Lacs.  There were some rock climbing areas and even saw a group of children climbing.  Dinner was a great pizza and then we packed up for our first day hiking.

Day 4 - First day on the trail!  We had the pleasure of having a wonderful guide with us for the day.  To make things a bit easier, we started at Brevant and skipped the hike uphill from Planpraz.  So we headed downhill along the edge of the rocks and after a bit stopped at Bellachet refuge for coffee and torts.  From there it was more steep downhill.  Next stop was at Parc de Merlet, a nice, small animal park with local wildlife.  It also has a great restaurant.  After lunch and seeing the animals, it was more downhill into Les Houches.  At a stop at Christ Roi, Claire gave us a taste of genepy, a local liquor made of mountain herbs.  Our room at Hotel Du Bois was a bit dated but large and let us spread our stuff out.  We got fondue at dinner and had the best tiramisu.  We also met a few other pairs that were on similar itineraries as us.

Day 5 - We started off the day by walking through Les Houches, then headed up the trail through some houses and then some ski area.  After about an hour, the rain started.  We put on rain gear and didn't take it off until we got to the hotel.  The rain lasted all day, sometimes hard, but the hike was still nice.  However, the refuge was closed, probably due to rain and the little towns did not have any cafes.  So by the time we got to our hotel in Les Contamines, La Chemenaz, we were hungry.  The hotel was very nice and dinner was great.  This was our first time that he had to leave our hiking shoes in the ski rooms.  I didn't know this was a thing so didn't have town shoes.  But they always had crocs or slippers to put on.

Day 6 - We took a bus to skip the road walk to the trailhead.  The hike started with a steady climb for several miles.  We started in pine forest, passed a Roman bridge over a gorge, then stopped at Refuge de le Balme for a sandwich and coffee.  The next section was along meadows as the grade steepened.  Along the way we encountered our first pastous, massive sheep dogs.  The last stretch was very steep up to Col de Bonhomme.  From there was another tough stretch to Refuge de la Croix de Bonhomme.  We stopped for drinks but there lots of bugs there.  After refreshments, it was a long steep downhill into Les Chapieux. We had the only private room at Auberge de la Nova and it was very cozy.  Dinner was a communal affair and we talked with the other Pygmy Elephants travelers. This was probably our hardest hiking day.

Day 7 - After heading south for a few days, we had reached the southernmost point of the TMB.  So today we started a long ascent heading north.  We stopped at Refuge Les Mottets for coffee.  After that, it was a touch climb to Col de la Seigne where we crossed into Italy.  From the pass, it was a long, sunny downhill in a grassy valley.  We stopped at Refuge Elisabetta for late lunch.  Again, we had a rare private room at Cabane du Combal.  The cabane was along the edge of a massive moraine for a glacier just on the other side.  Due to the lack of roads, we did not have our luggage this stop so we carried extra clothes.

Day 8 - The day started with a brisk climb (there is a pattern to hiking the TMB).  Along the way, we stopped by a shepherd shack.  The shepherd was there and showed us an ibex along the ridge with his binoculars.  After hitting the high point, we started a long decline to Refuge Maison Vieille.  From there, we skipped the knee melting hike down the hill and took ski lifts down into Courmayeur.  We walked through town to our hotel, Grand Hotel Courmayeur, which was very nice.  For dinner, we went to a wine bar for wine and charcuterie.

Day 9 - No hiking today!  We took the gondola up to Helbrotten Point to see the massif from the Italian side.  It was awesome.  One the way down, we stopped at the botanical garden.  Dinner was pizza in town.

Day 10 - Back on trail today and guess what, we started off with a big ascent to Refuge Bertone.  After coffee, there was a long traverse to Refuge Bonatti, probably the most famous refuge on the trail.  We headed down into the valley to our hotel, Hotel Lavachey.  Here we had separate rooms and had to share bathrooms.  But the restaurant was great and we discovered a great new drink, the Aperol spritz.

Day 11 - To skip somewhat superfluous up and down, we took a bus up the valley to Chateau Val Ferret.  From this we started the long climb to Grand Col Ferret. There were some cows very close to the trail near the start.  As we hiked, the cow herded start moving them up and it seemed like a mini stampede.  At the col, we passed into Switzerland.  On the way down we stopped a Le Peule for refreshments.  After a few more miles downhill, we got to La Fouly and our hotel, Hotel Edelweiss.

Day 12 - This was our easiest day and it started out by going downhill for a change. We headed down the lush Val Ferret along a river and through some charming Swiss villages.  By chance, we discovered the world's nicest WC in Praz de Fort next to a small park.  The day ended with a butt kicker climb up the hill.  However, the hike was made better by some sculptures placed by the local mushroom society along the way.  Our room at Hotel Splendide was very nice and big. We had a chance to rinse out some clothes but shortly after putting them on the balcony to dry, it started raining.  We took a chance to check out the lake and it was quite crowded with paddle boarders and boats.  There was also an artillery fort museum that was unfortunately closed; it would have been nice to see more of the famous Swiss defense system.

Day 13 - The first half of today's hike was a nice stroll through lush forest, collecting berries.  The next part was another slog uphill to Bovine.  We were anticipating blueberry pie at Bovine but they had to reserve them for some other event and we were denied.  It was nice nonetheless.  After the long downhill, we checked into Hotel La Grande Ourse in Trient.  Our attic room looked like an Ikea showroom but it didn't have any windows.

Day 14 - Yet another long uphill to Col de Balme and the crossing back into France.  At the col, we had a long lunch at Refuge de Col de Balme.  We were hoping to take ski lifts down into town but they were under construction so we had to head downhill into La Tour.  From there, we took a bus to Argentiere and Hotel Les Grandes Mottets.  This was our favorite hotel: great spa, pool and views.

Day 15 - This would have been the last day of the official TMB but we decided to skip it and take a bus back to Bosson to hike up to the glacier.  The hike was kind of boring the views from the top at the chalets were great.  We also did the audio/video tour of the two Air India plane crashes on Mont Blanc.  Once back at Hotel Morgane in Chamonix, we got an upgraded room so had plenty of space to repack all our bags.

Day 16 - Long flight home.  Only thing to note was that we got upgraded to first class on the leg from Geneva to Dulles.

Posted by dosten at 6:21 PM No comments: