Posted by dosten at 7:56 PM No comments:

So my favorite game show as a kid was hacked!
Posted by dosten at 6:52 PM No comments:

Email ThisBlogThis!Share to TwitterShare to FacebookShare to Pinterest
Labels: interesting

The first troop outing of the season was an exciting trip out to Santa Cruz island in Channel Islands National Park for some camping and kayaking.  A couple of us headed up to Carpenteria Friday night while others headed up early Saturday morning to the boat launch in Ventura harbor.  After a nice hour or so trip over to the island, we immediately met up with the outfitters for kayaking.  We got a safety brief and split into two groups for easier maneuvering.  We then hit the water and explored the island's many sea caves.  Some were tunnel that went through the cliff walls.  Other was more cavernous.  The guides took us to many spots and everyone had a great time.
After the kayaks, the scouts did some snorkeling off the beach.  Due to El Nino, the water was exceptionally warm and no one had a wet suit.  After the snorkeling, we headed up to the camp.  We had haul our gear about a mile to the group camp. We saw many of the island's indigenous foxes which were very accustomed to humans. We made dinner and headed for an early night.  I made the mistake of cowboy camping and got eaten alive by bugs.
The next day we did another snorkeling session and then packed up. We got on the boat and got to the dock around 7:00p and headed for a long ride home.  Overall, the trip was awesome and we really want to check out the other islands in the future. 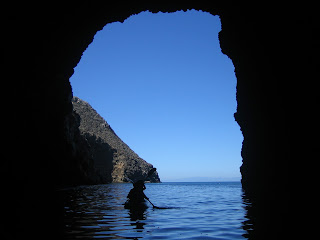 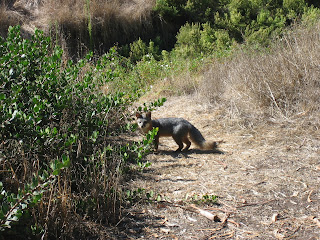 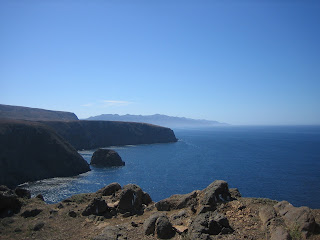 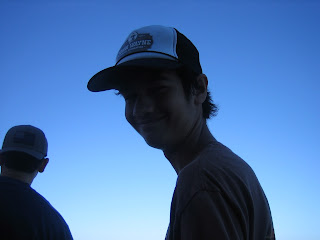 Going over old posts, it seems that the pictures have disappeared.  I guess google just drops them after a while.  Maybe when I get some time I will go back and try to restore them.
Posted by dosten at 7:37 PM No comments:

After searching for a good candidate, I finally found another Bessie!  This is the same year and color but is the Isuzu mode with an automatic transmission.  I will need some work to stop some leaks and other minor stuff but it is pretty clean compared to most of the other Passport/Rodeos I have been seeing for sale. 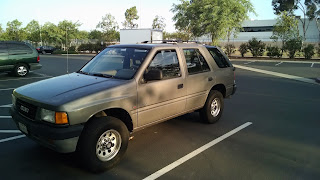 Posted by dosten at 6:49 PM No comments:

We had some great activities on a hot Labor Day weekend 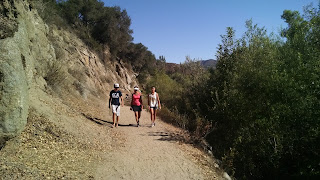 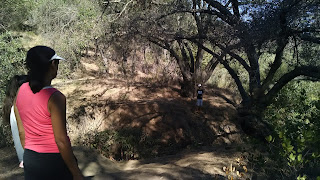 Posted by dosten at 5:32 PM No comments: