The kids and I took a tour San Diego International Airport. It was very interesting and informative. We starting in the commuter terminal and took a bus to terminal 2. When then walked though terminals 2 and 1 learning the history of them as well as the planned expansion. Terminal is interesting in that it was designed from the start to be expandable to two levels both inside and outside. We then took the bus around the entire runway. We even stopped near the tower to watch some takeoffs and landings. I highly recommend it to those interested in aviation. 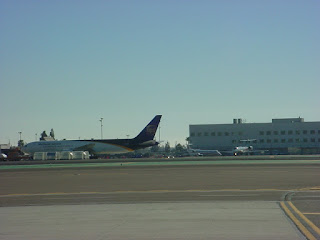 Looking south from the north side of the tarmac. Commuter terminal on the right, UPS cargo plane on the left. 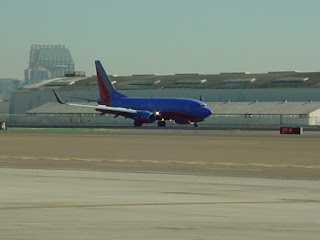 Southwest 737 landing; shot taken from near the tower
Posted by dosten at 6:43 PM