We had our second family backpack up at San Jacinto.  I sent in for a permit, but failed to notice that the tram was scheduled to be down for maintenance up to the day we were going to be up there!  I checked the morning of our departure and found it was open.  So we made the long drive up to the tram station outside of Palm Springs.  We got on the next tram and up we went.  The ride is nearly 6000 feet nearly straight up.  Jaya was a bit nervous as the cabin rotated to give us all a good view.  At the mountain station, we walked around a bit to see the stuffed animals.  Someone told us that the spring at Round Valley was dry.  I decided to carry 5 extra liters based on that and we headed out.  After a quick stop at the ranger station to check in, we headed on the trail to our camp at Round Valley.  The trail was steeper in places than I remembered it but everyone did great.  We stopped for a bit to allow Bengt to scramble up the rocks to the top of a hill.  Getting to Round Valley, the spring was indeed dry.  There was a bucket to catch whatever dripped out and it had about a liter.  The surrounding terrain was dry sand, not the marshy spring like it was two years ago.  It took a while to find a good spot since they are so spread out but we finally camped at Upper Mistletoe.  Someone had built a kind of shelter from logs.  Although not very LNT, we pitched our shelters there since the ground was nice and flat.  Jaya had a touch of altitude sickness so she laid down in her tent while we made tea and some beans for dinner.  We then had a good talk for a while and Jaya joined us until it got very dark and a bit cold.  Bengt and I shared his GoLite Shangri-La 2 tarp which is very roomy.  The night was chilly but thankfully not windy.
I woke first the next morning, walked around a bit, made coffee and read my Kindle.  When everyone got up, we broke camp and started hiking out.  We passed the spring and noticed the bucket had filled up during the night.  The spigot was not dripping however.  Our original plan was to hike the peak in the morning but we had decided against it due to lack of water.  Even with the now-full bucket, we decided to head out.  We took the other part of the Round Valley Loop trail.  This section was much more scenic as it follows the upper slope rather than down a canyon.  We made it to the mountain station but were disappointed to find out they don't serve breakfast.  On the tram down, we found Rick's on Yelp which was close by and served breakfast.  Rick's turned out to be a great choice and we all enjoyed it.  After eating, we heading home. 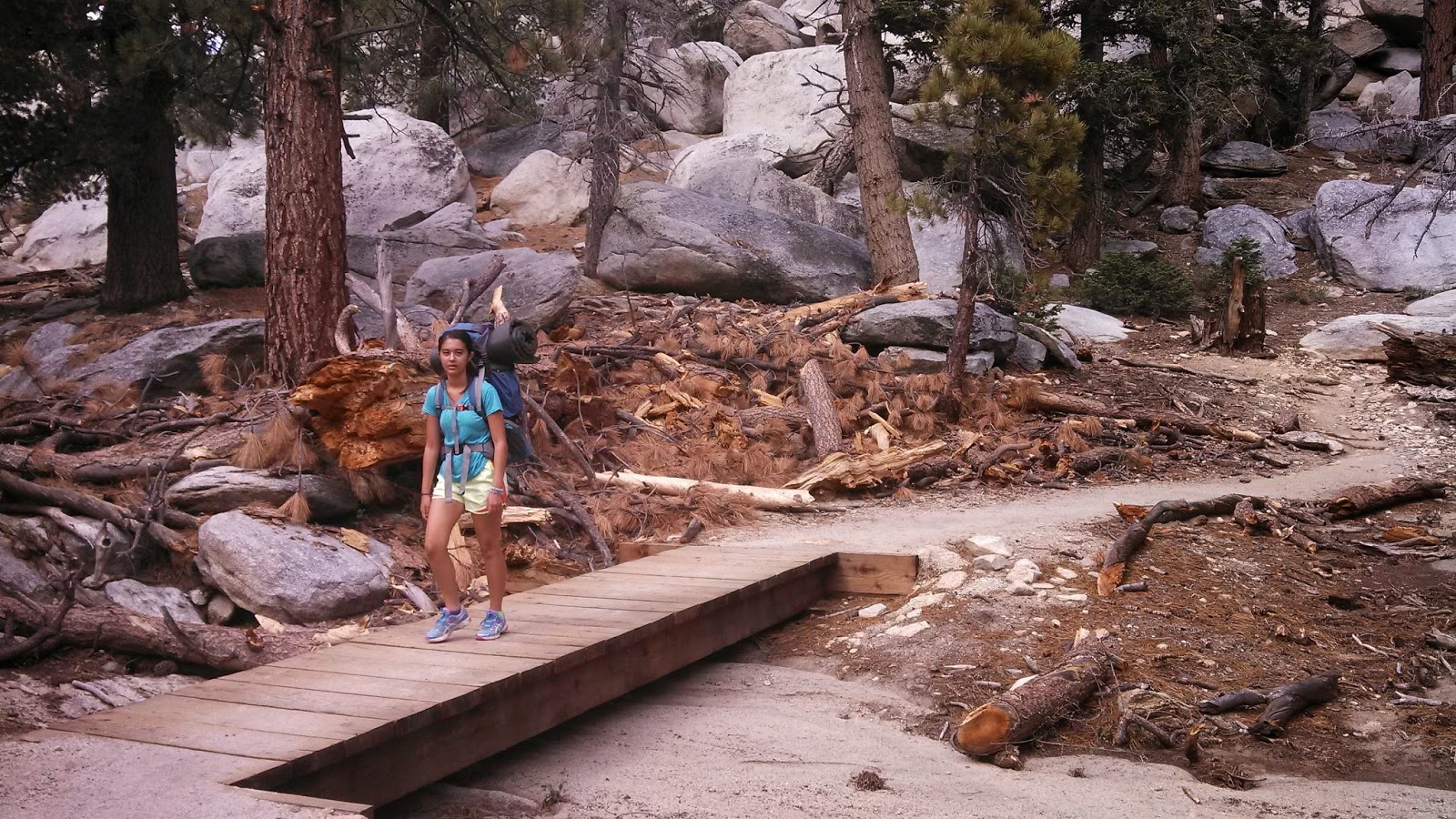 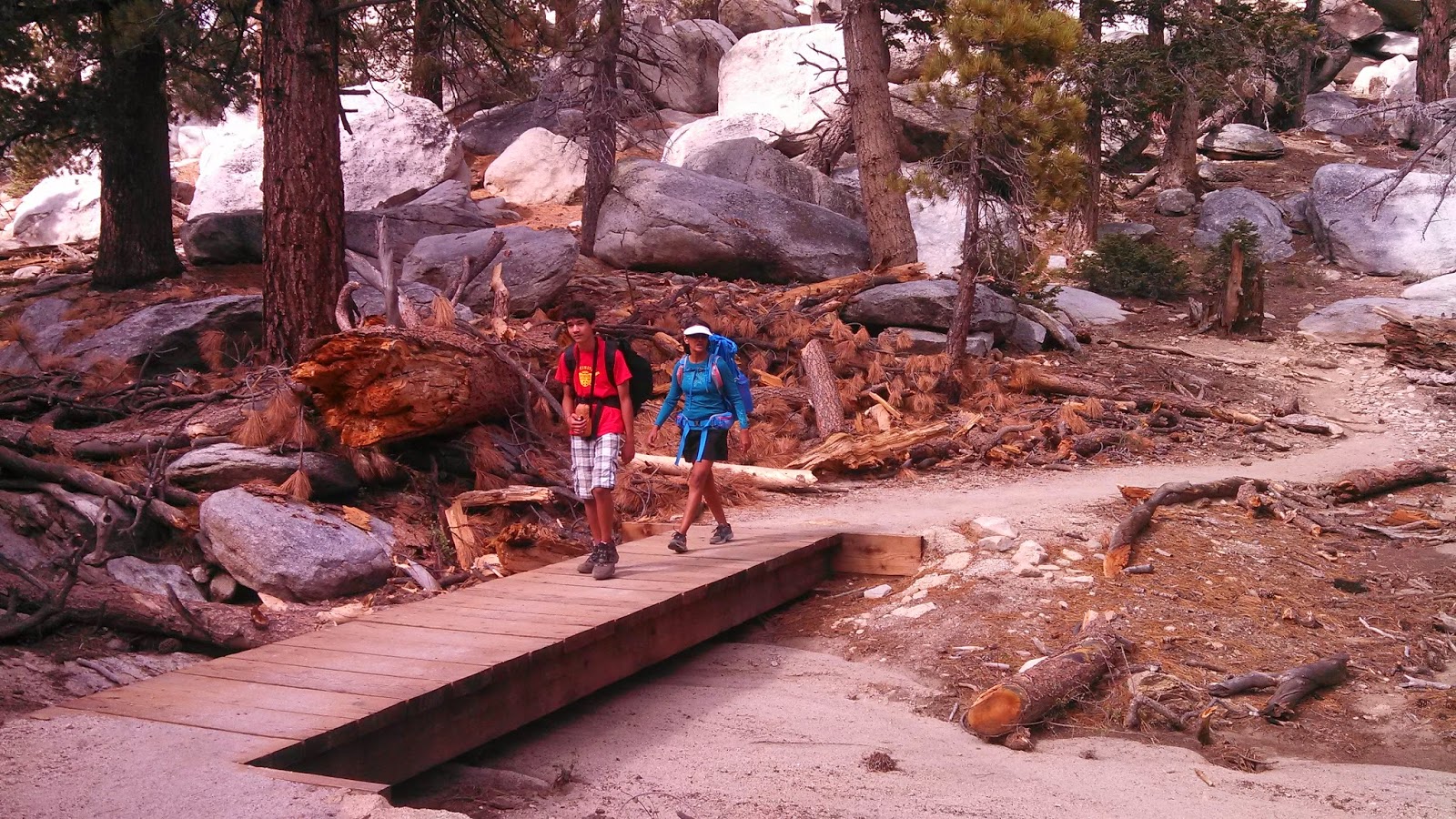 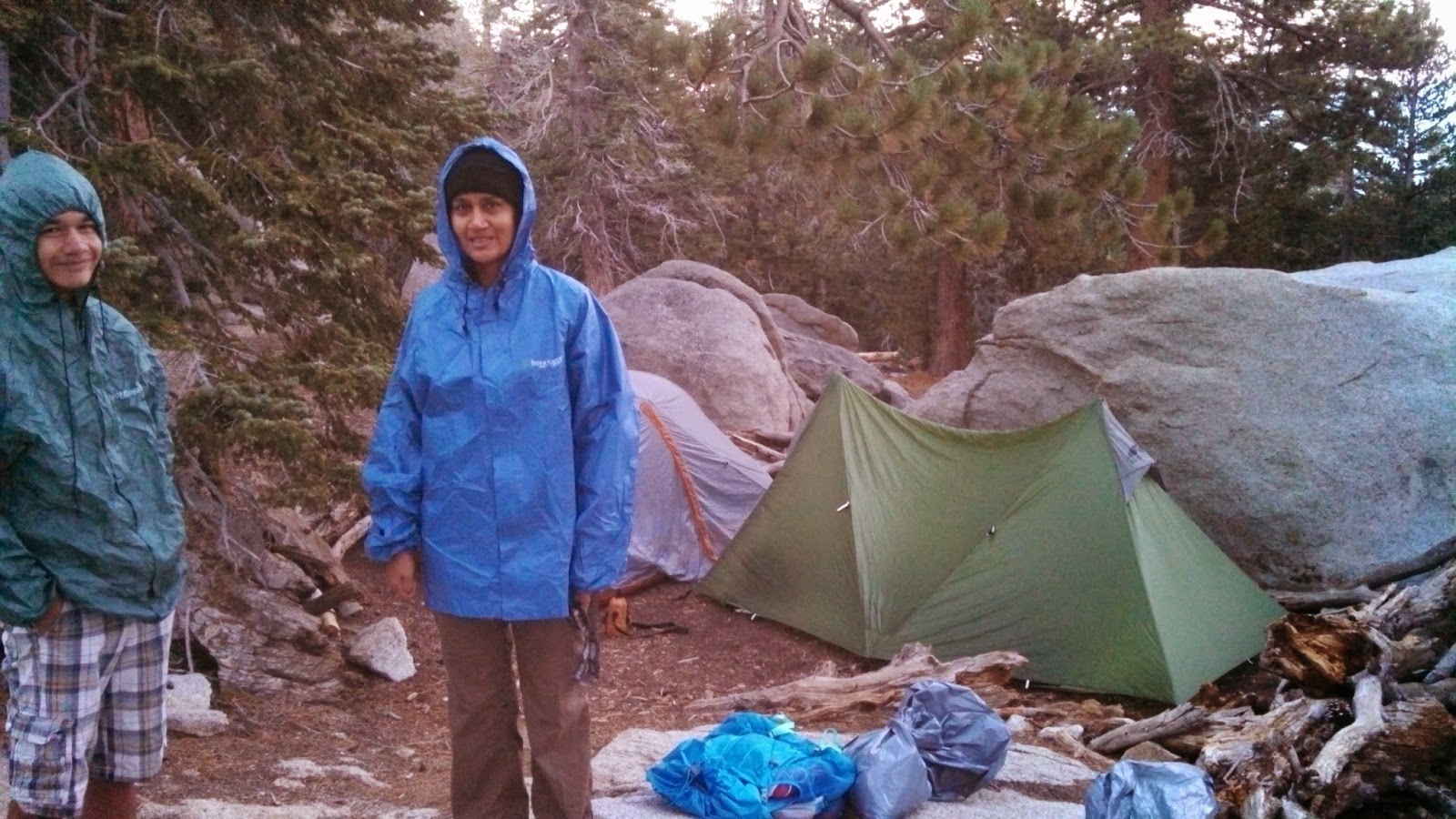 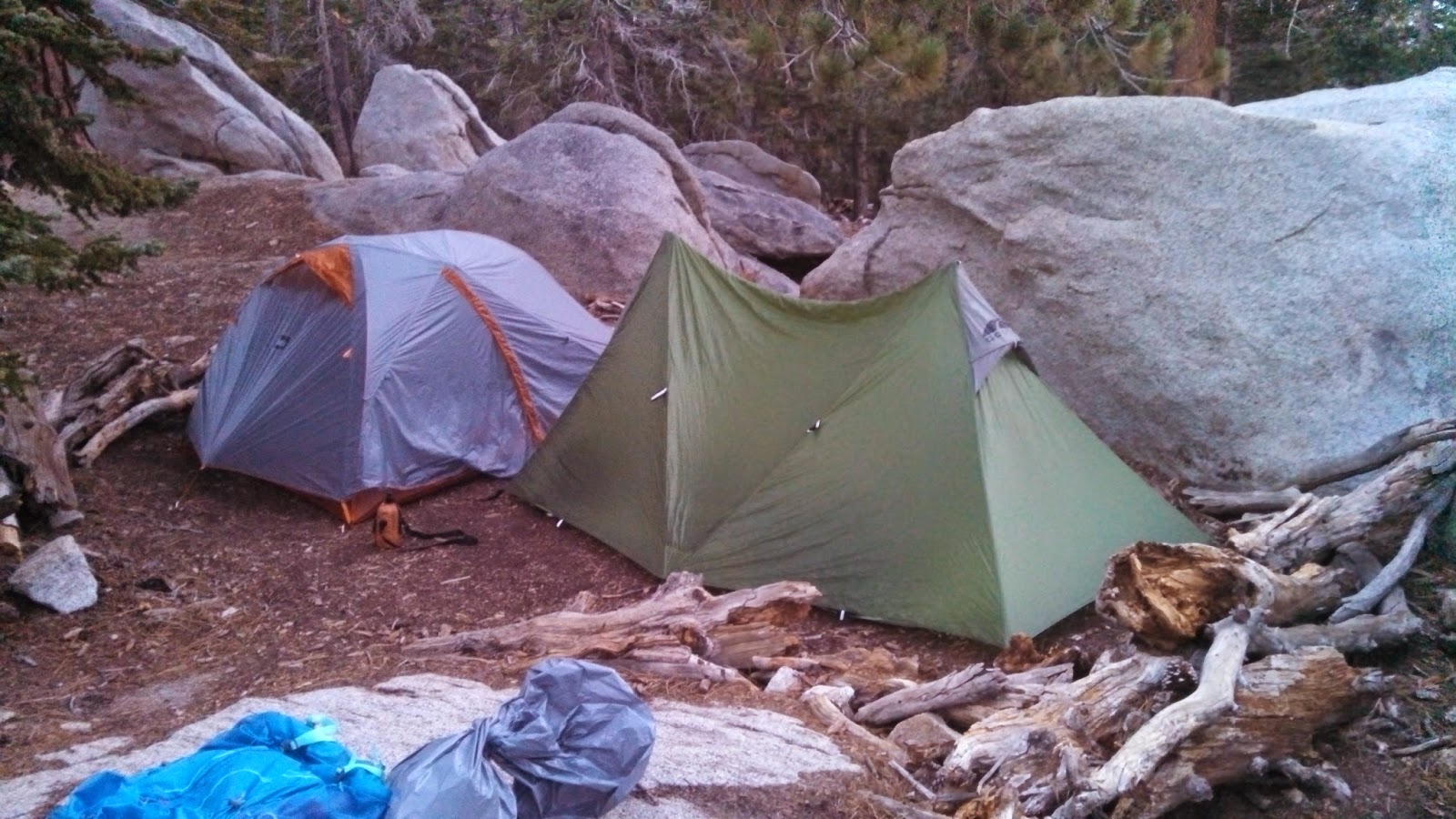 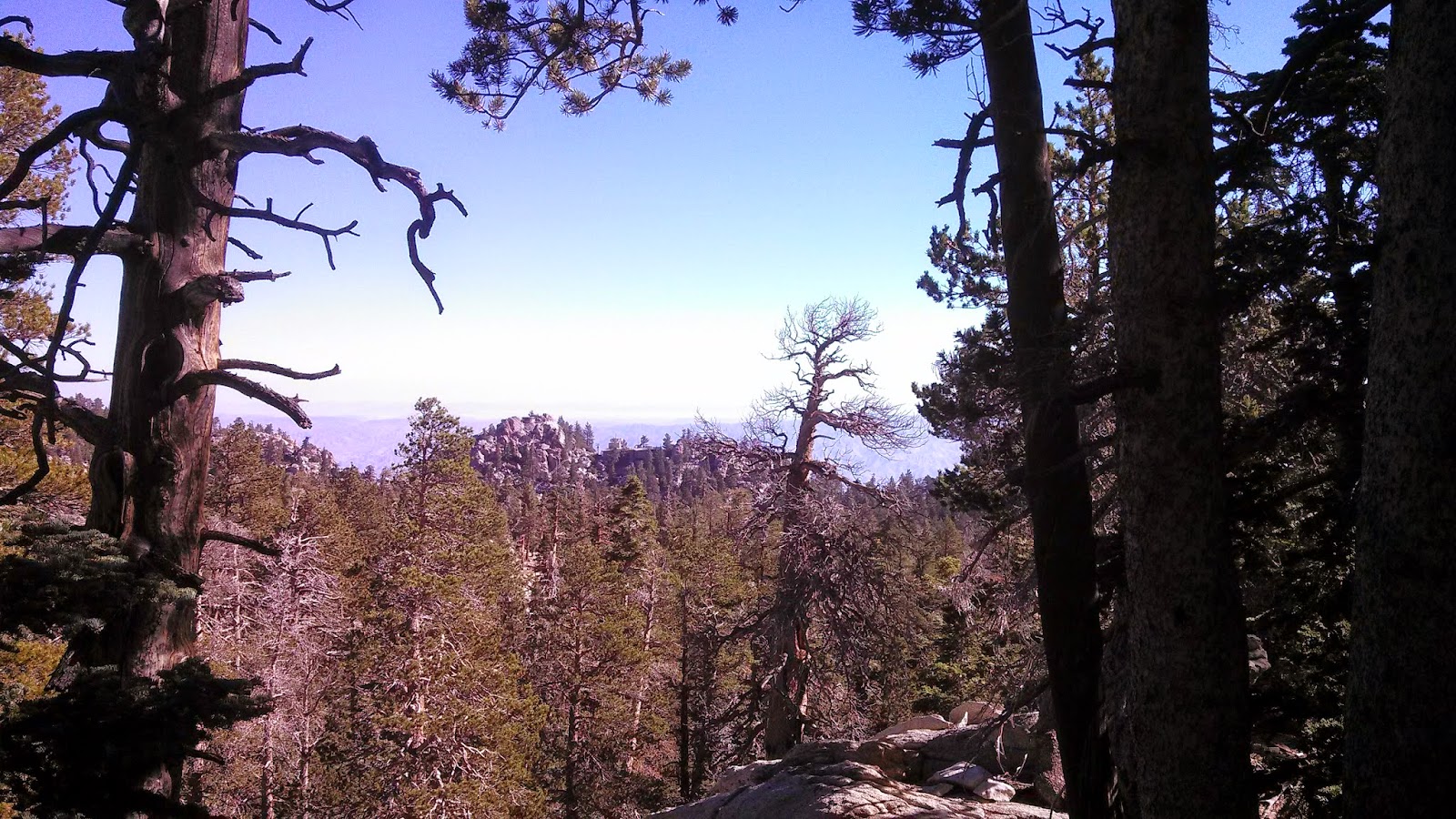 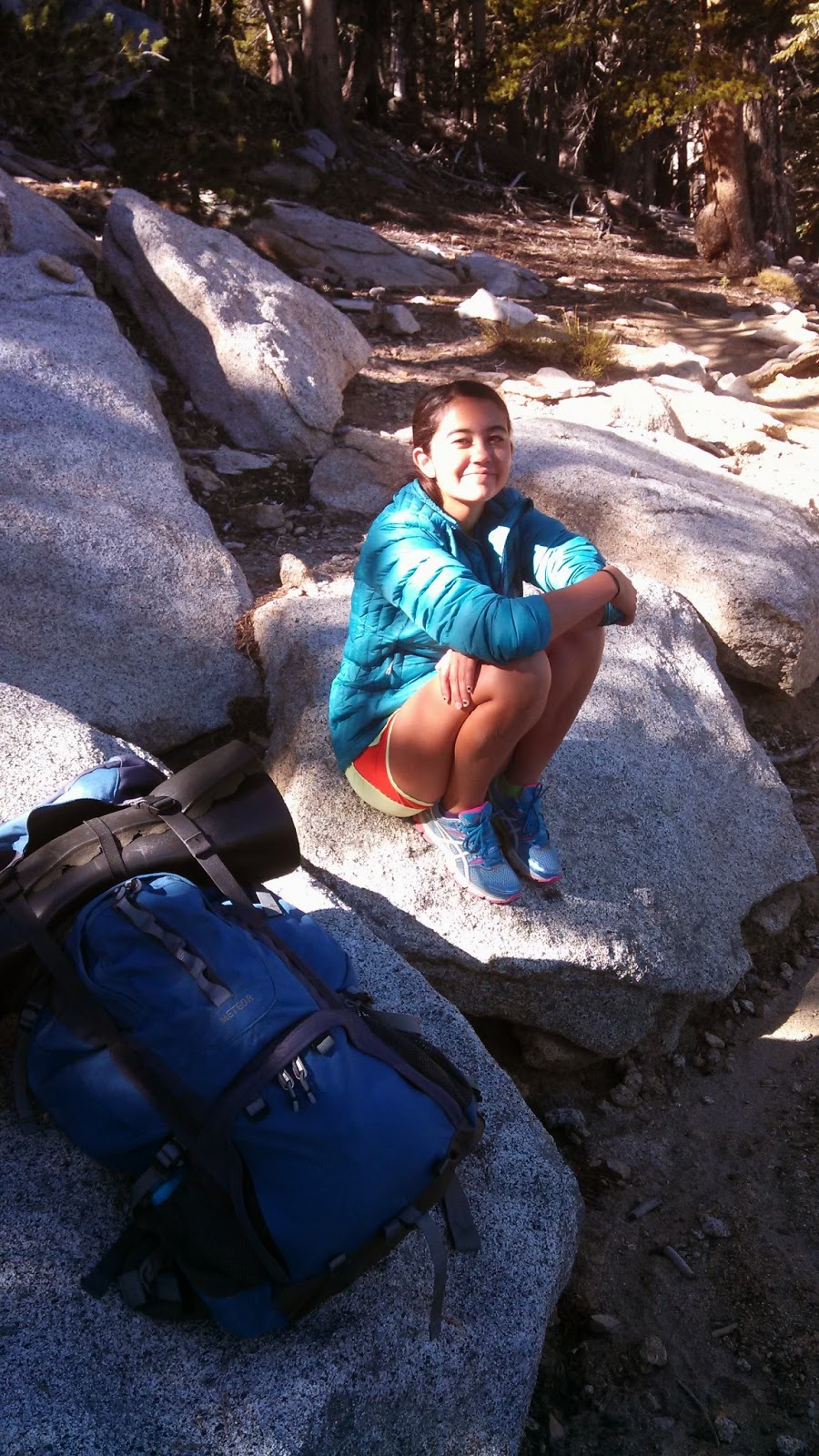