Over New Year's we joined the Chaudari clan for a Caribbean cruise.  We left from Miami on the Carnival Victory on a 5 day voyage to Jamaica and the Caymans.
The first two days were sea days.  I spent a lot of time laying out on the main deck reading and people watching.
The second day we stopped in Ocho Rios Jamaica.   Most of us went to a beach just off the dock.  The water was warm and calm.  All the small children had a great time swimming and playing together.  Guru got coconuts and sugar cane for everyone.  A few us then walked around a bit.  We noticed many of shops were closed and one mall was nearly empty except of a Margaritaville Bar.  I guess the economy is not doing so great in Jamaica.  After some great jerk chicken and a Red Stripe from a street vendor, we boarded the ship.
The next day was a stop in Grand Cayman.  Cayman was the opposite of Jamaica in terms of wealth and prosperity.  We took a bus to an excursion and the driver kept telling us where all the rich and famous lived (mainly business people like Bill Gates).  Our first excursion was snorkeling at Stingray City.  It was very cool to swim with the rays on a sandbar in the middle of the bay.  The next stop was a turtle farm.  This was a real farm in that they were raising the turtles for food.  Yummy!  Turtles are always cool even when they are on the menu.
Back to the ship and a sea day getting back to Miami.  One evening happened to be New Year's Eve.  The main deck was pretty crazy going into midnight.  Jaya was with her friends while Bengt was styling in his reed hat and tie.
We decided to spend an extra day when we got back to Miami.  I used some points to stay at a hotel on Miami Beach.  The kids were pretty tired so we didn't do whole lot.  We walked on the boardwalk to dinner and back then go some much needed sleep.
The next morning we headed to airport and home! 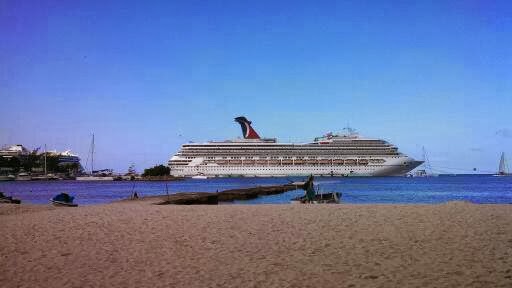 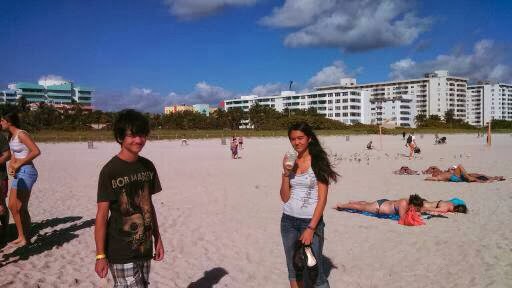 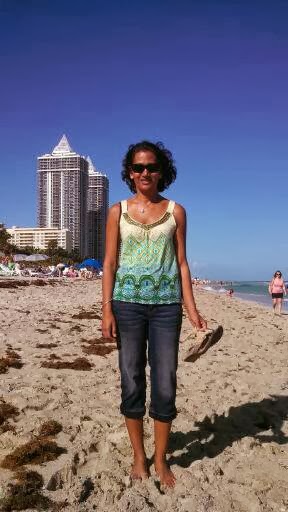