Our family has been taken over the MMORPG craze. Our kids have spent hours playing Webkinz. I wonder if there are Kinz Cash farmers?
Posted by dosten at 6:18 PM No comments:

Email ThisBlogThis!Share to TwitterShare to FacebookShare to Pinterest
Labels: games

At my office, they have a coffee counter just like every other office in the western world. Among the available items are coffee stirrers. Here is a picture of the box of stir sticks:

Now I admire the Royal Paper Products company for the pride they take in their products, but this might be taking it a bit too far. These stirrers are simple wooden sticks. As far as I can tell, they do not possess any innovation whatsoever. Since they are probably made my machine in huge quantities and not individually handcrafted, they don't really contain any dedication either.
Posted by dosten at 8:18 PM No comments:

Email ThisBlogThis!Share to TwitterShare to FacebookShare to Pinterest
Labels: stupid

Some good news on Iraq.
Posted by dosten at 7:36 PM No comments: 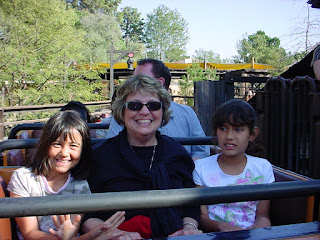 Posted by dosten at 7:16 PM No comments:

I recently joined the Toastmasters club at my company and today gave my first speech, the "Icebreaker" project. This is supposed to be about yourself, and I spoke about my progression from loathing automobile maintenance to enjoying it. I got a bunch of good feedback to pore over and hope to make my next speech soon.
Posted by dosten at 7:41 PM No comments:

I recently finished three historic novels from Jeff Shaara.
The Rising Tide - The newly released first segment of a World War II trilogy, I think I was the first to grab this from the SD County library. This was my first Shaara book and I really like it. Due to my past interest in WWII I knew all the people and places that were mentioned. This book follows American troops from the invasion of North Africa through the Sicily campaign. Mr. Shaara does a wonderful job of describing the heat of battle but also the tedium of the planning and waiting. I guess that is war is described and periods of shear boredom punctuated by moments of shear terror (or something like that).

To the Last Man - My favorite Shaara book to date. Follows the same tedium/terror pattern of Rising Tide but the battle scenes are much more intense. I think this has to do with the choice of characters. In Tide, Shaara follows a tank driver and a paratrooper; these disciplines, added with the nature of WWII combat lead to a greater separation between participants. But in WWI, there was still a "wait until you see the whites of their eyes" kind of fighting. Highly recommended, especially if you know nothing about The Great War.

Gone For Soldiers - This was Mr. Shaara's first non-Civil War novel, and his weakest that I have read so far. In this book, he follows the "dream team" that made up the American side of the war, including Winfield Scott, Robert E. Lee, U.S. Grant and others, in the Veracruz to Mexico City campaign. He does not cover any grunts like he does in his later books and gives the book a bit of a blue-blood tone to it. Not a bad book by any means, especially considering the difficulty of the subject.

Next up is Jeff Shaara's two-part America Revolution series.
Posted by dosten at 9:51 AM No comments: